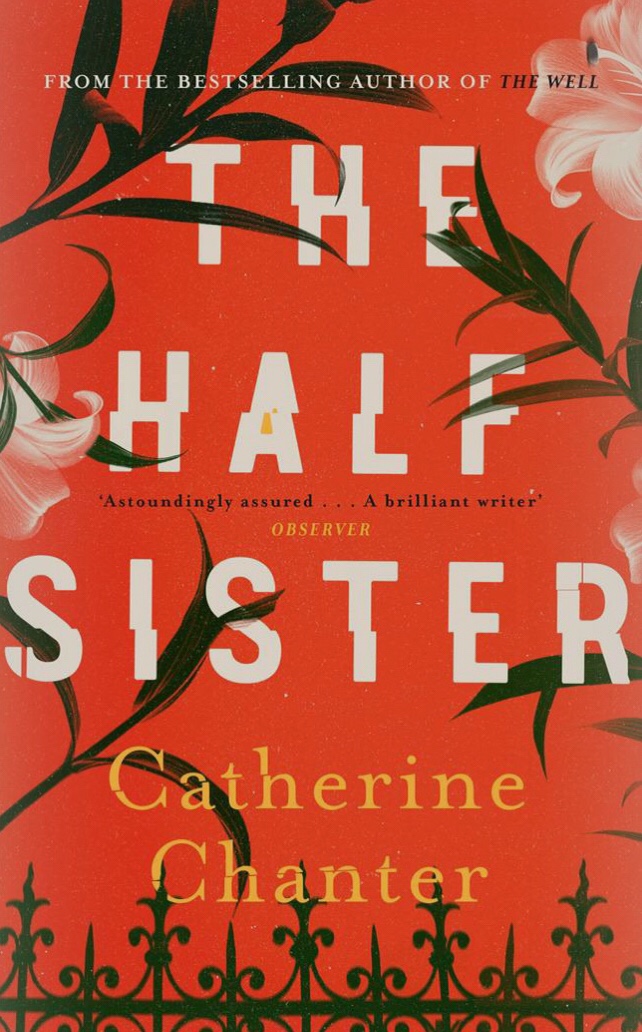 Something is wrong at Wynhope.

When Valerie and Dianas mother dies, the two half-sisters decide to try and reconcile after differences in their youth made them resent eachother. But can their hard feelings really be put in the past, how long will it be until the truth reveals itself, and what will that result in?

WOW. This book has blown me away. It’s not often at all that I read a book that doesn’t go at all how I expected it to. See, I thought the whole thing was going to be the lead-up to the Earthquake and the incident that it brings. But it was so much better than that. The Half Sister kept me on my feet, or in this case cosy in bed with my heart skipping a beat each time Hell broke loose. This is the best Adult novel I’ve read in I-honestly-don’t-know-how-long, and there couldn’t have been a better book to get me out of my Adult book reading slump. An awfully big thank you to the publisher Canongate Books for letting me have an ARC, upon finishing this I decided it’s one of my favourites so far this year.

There was many times while reading this that I felt claustrophobic, it was incredibly intense and chaotic. It didn’t take long at all for the accident to occur, but it took even less time to see how the bitterness and tension between the women has been brewing for all these years. I thought that the argument they had (if you read this book – trust me, you’ll know what scene I’m refering to) was quite over the top, but it definitely set the tone for the events to come. This book really dives into the way that every person perceives things differently, the impression people give off is not always the reality and Diana is a brilliant example of this as her world starts to tumble down.

The author did a fantastic job at creating characters that perfectly slot into the picture-perfect Wynhope house, such as Mrs H aka Grace who stirred aggression in Diana just by being around. Nine year old Mikeys continued presence really picks away at the flawless life Diana wants to believe she’s created for herself, especially since he can’t voice what he wants to say after what happens. He’s an extremely clever child, and I can’t blame him for the way he reacted. He has had so much to deal with despite being so young. Edmund (Diana’s husband) is a character who I had a seriously bad first impression of, but he really grew on me. The way he was with Mikey, aswell as Monty the dog, showed his true character. At times I pitied him, and thought he was certainly selfish aswell as weak. But he grew. Diana is truly twisted, and honestly I loved it. It was clear that she was struggling to come clean after she’d got herself tangled in her own secret, it seemed to be eating away at her. Towards the end, she comes across as softer, reflective of her choices maybe, and that’s not just because of the situation she’s left with, though I feel like that helped. These characters all had flaws, which is another thing I loved – they were real.

I thought the chapters were great lengths, some were longer than others but they each kept me wanting more and remaining excited and eager to read on. I loved the way we get multiple characters viewpoints, it really helps to show that there is more than meets the eye. Of course, I have to mention how pleasing the cover is! It was what lured me into checking out the books synopsis and I am so glad about that.

What really amazed me is how much the tone changed near the end from manic, overwhelming to perhaps understanding, and the question of moving on. The character development left me speechless. I felt so much emotion (initially mostly anger, but that went away). I felt relieved with the way things turned out. I knew not far into The Half Sister that I would give 5 stars, but the ending only confirmed this. This was an absolute whirlwind of a book that I am sure will stick with me for a long time.

One thought on “Review: The Half Sister by Catherine Chanter”